Price is often used by consumers to incorrectly differentiate the “quality” of products.  It’s basic psychology and a marketers favourite tool.

Let’s assume that I place 2 identical items for sale one for $100 and the other for $20.  A customer will automatically start making some judgements on the grade of two products based on price alone.  For most customers if they determine that their needs will be met using the cheaper alternative they will purchase the $20 item- as this represents higher quality.  However many people will still buy the more expensive product simply due to the higher price- from what we have learnt this is ridiculous as they are consciously purchasing a lower quality item.

Let me put it in a different way, which would you buy? 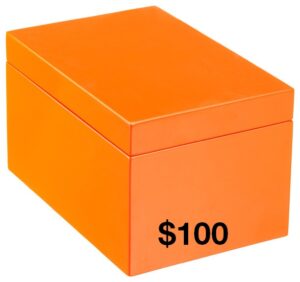 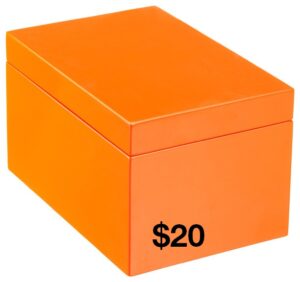 I have run this very exercise in many of my workshops.  I explain to participants that the boxes are exactly the same in every aspect.  The findings are similar each class, with most people choosing Box B.  To be precise, from over 1000 project managers the vote was split 5% for box A and 95% for box B.  Makes sense right, but 5% kept choosing the higher priced box.

5% can be a big number; effectively I could have bought box B, and sold it to 50 people for a profit of $80 each time so that’s $4,000 for doing nothing.  Not bad hey, now if I increased the consumer base to let’s say the global market place I would be so rich.

Although there were never any takers when I made that offer, I had effectively manufactured “quality”. Ever bought more expensive sugar or salt based on price….. Well you just bought box A.

When I asked each participant why box A, I got answers like less risk, I don’t care what you say it must be better and so on.  Those who chose Box A were convinced that since box A attracted a higher price it must be somehow superior.  So I did this: 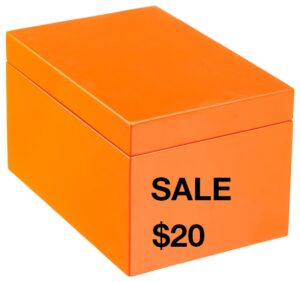 And made them choose again.

Now without fail 100% of participants chose box B.

Weird hey, I thought so too.  But then I thought about it, the word “sale” is magical word, it triggers a little voice inside your head that says: “hey buddy, don’t trust price to decide the awesomeness of this box, clearly it’s your lucky day”.  For some reason that single word is now a way to convince consumers that the grade remains but the value has now increased.  WOW hang on Value, now what does this have to do with it and what does it mean.

Value is (according to my definition) how much something makes you better off.  If you think about it, value is determined by the all benefits (the amount of cool stuff something provides you) over the cost it takes to acquire that thing.  Now cost is different to price but that’s for another day.

So value is how we measure quality and partly the reason why quality is so subjective is because the benefits and the cost equations are unique to each individual.

The consideration of most luxury goods brings falls into this paradox.  However with luxury goods the consumer regards the association of the brand as being of benefit.  It explains why people wear designer shirts, not because of high grade fabric, but because people will see it, and make certain judgements about that person.

Sound ridiculous, well we just made judgements about two identical products with different prices.  So this brings in that price can influence the perception of quality, but again we know it’s the perception of grade. 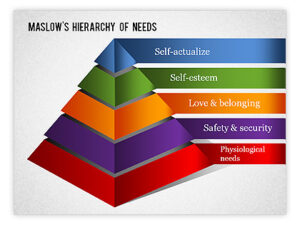 Maslow said it best when he made a cool triangle; at a certain point the brain starts being motivated by dumb stuff- called esteem needs. For many here hedonism trumps logic and we will pay a premium for something that is the same as a lower priced good.  Some of it can be put down to marketing.

But we’re not foolish creatures, we understand science….. Or do we- quick question: Which fuel is best for your car?

Let’s first give you some scientific information:

But is the highest RON fuel the best for your car?

Back to the definition of quality, what is it going to be used for?

Well to burn and in effect drive metal bits (pistons) up and down to create motion.  Well due to clever marketing and price differentiation most consumers actually believe the grade and wait for it the higher the price, the better the petrol for their cars, well that sounds right and after all they normally have names like Vpower, Ulitmate and Vortex.

Don’t get too excited and write ridiculous comments, yes for certain cars high octane is more suitable, but for the majority of cars the higher RON isn’t any better.  It’s based around compression ratios, higher performance cars are designed to have higher compression ratios and require a higher RON.  If you don’t have a performance car the higher grade fuel may actually simply be a comprise of quality, (if you are regard price as an evaluation factor).

It’s a case of the right fuel for the right car.  Putting higher RON petrol in a car that doesn’t need won’t make  a difference;  it’s not even going to get you more power or distance, it’s only going to cost you more.  So who do you believe the marketer or the engineer?  Yes BP it is a no brainer.

Now that you understand that high grade may not necessarily relate to high quality so you can save yourself some coin next time you’re filling up your shitty car.

One Response to Price and Quality